Kaj Franck (1911-1989) designed this pieces in 1952 for Arabia (Finland). It was originally named Kilta (Teema was produced from 1981). Kilta was in production from 1952 to 1974. All the items and colours – in this case yellow and dark green – could be freely combined. People could add additional pieces as their needs grew or changed. Main idea’s of the design were stackability, multipurposing and an oven-to-table capability. Only the teapot is signed and one lid is missing. SOLD 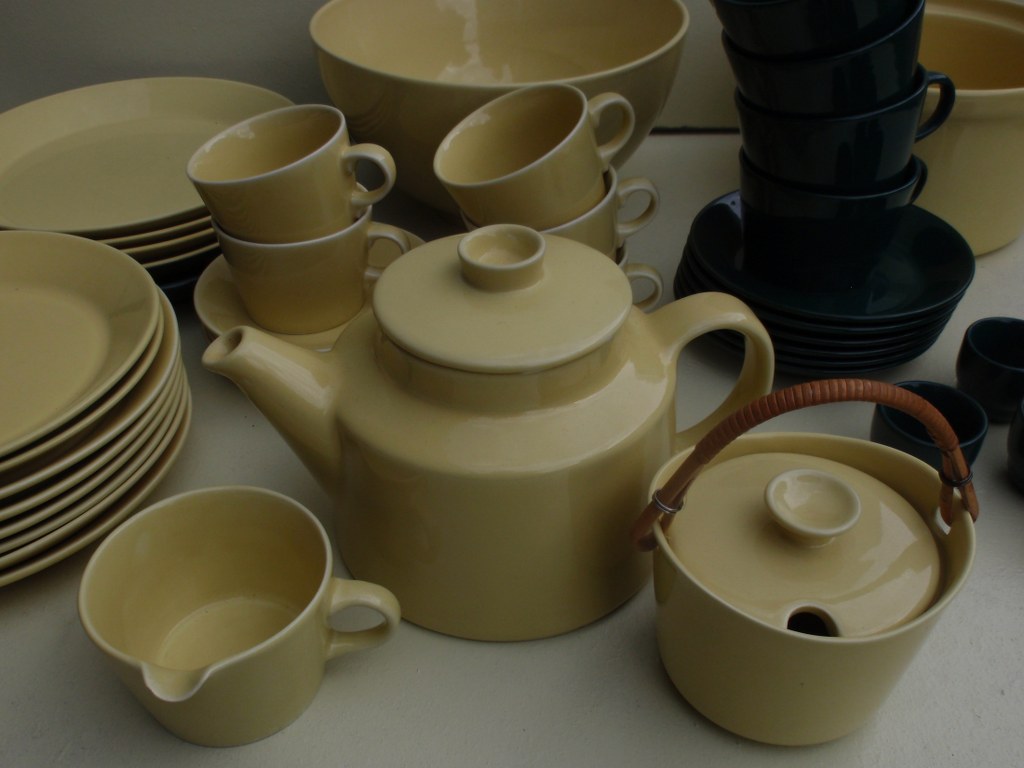 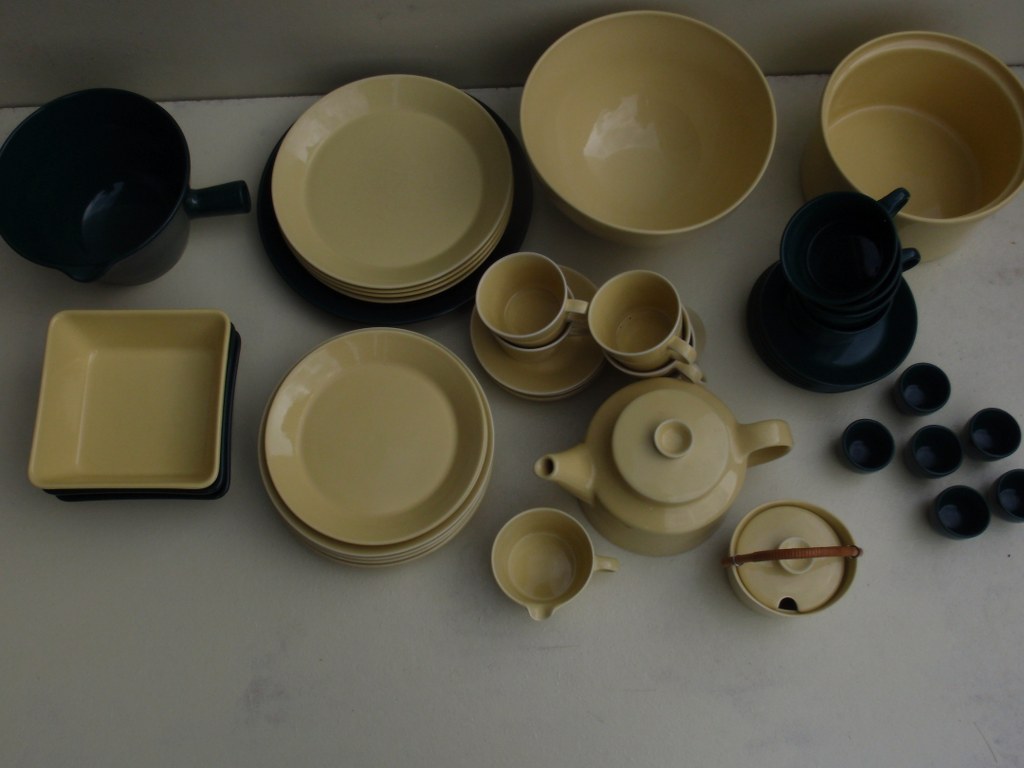 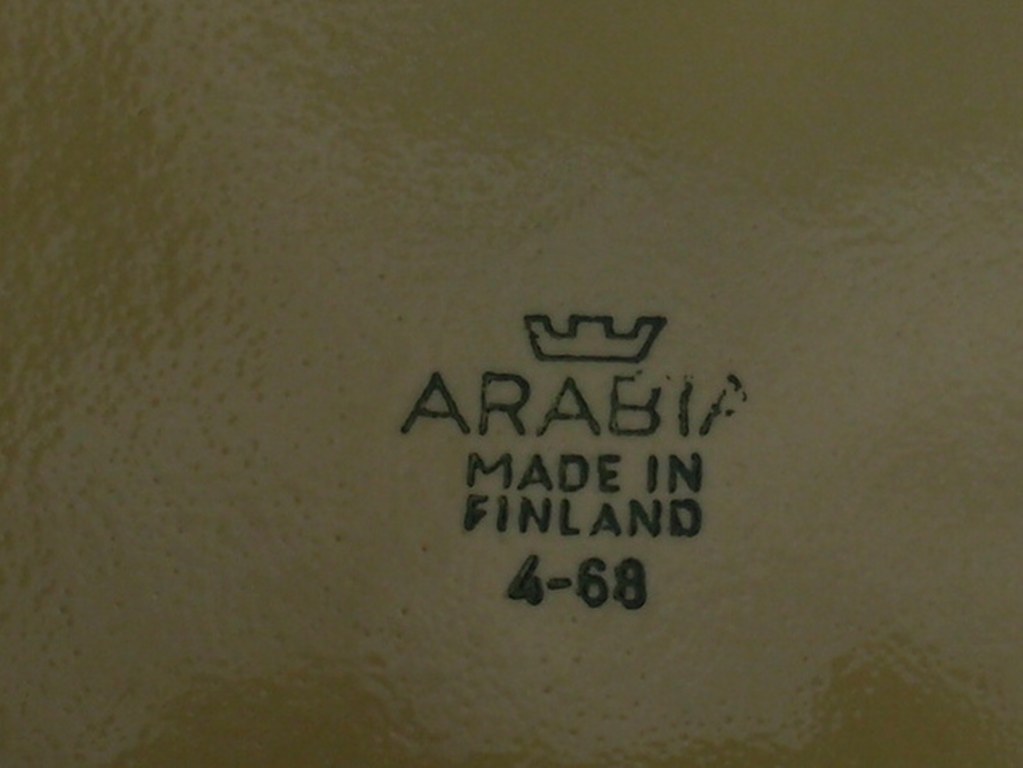