This is believed to be a caricature of Umberto the First King of Italy (1844 – 1900) who is acting as a servant of the Qing Empress of China Dowager Cixi Yu Xunling (1835 – 1908). In 1900 Chinese insurgents “the Righteous Fists of Harmony” (better known as the Boxers) rose against the Qing dynasty and the Western influences. A coalition of eight nations, including Italy, put down the Boxer rebellion. In this caricature the Empress is apparantly picking fruits and Umberto is holding a tray. After the Boxer rebellion the Kingdom of Italy was rewarded with a concession in Tientsin, southeast of Peking. The image is made of old stamps and is currently in a poor condition. Dimensions (diameter) 13,5 cm. Price on request. 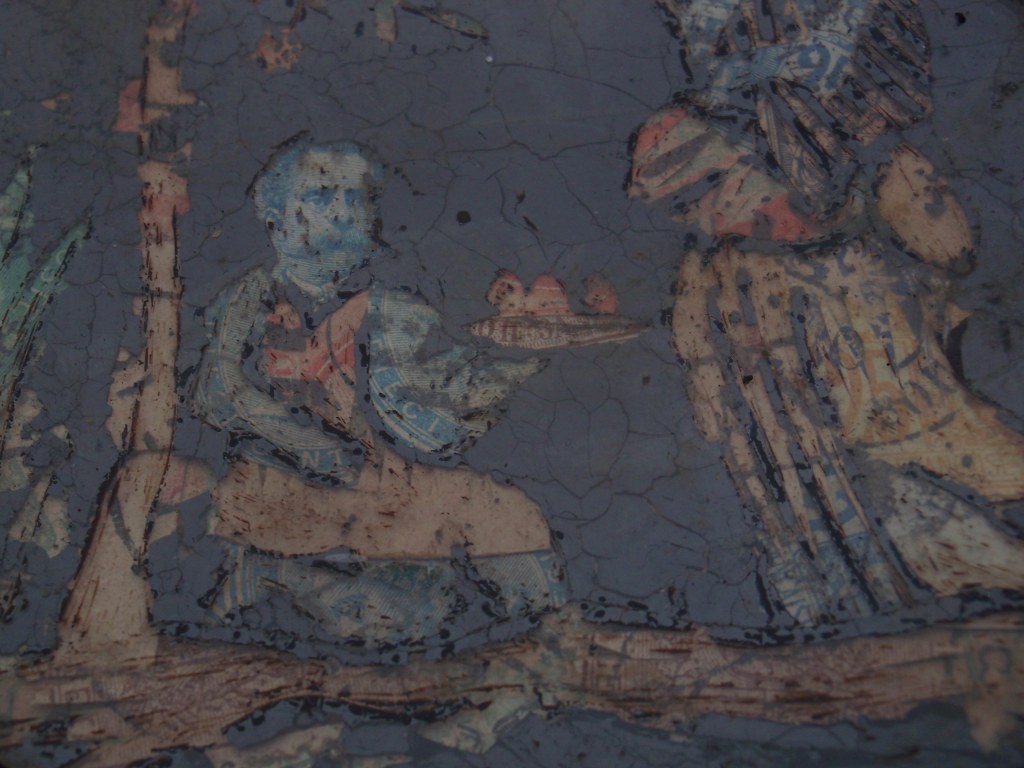 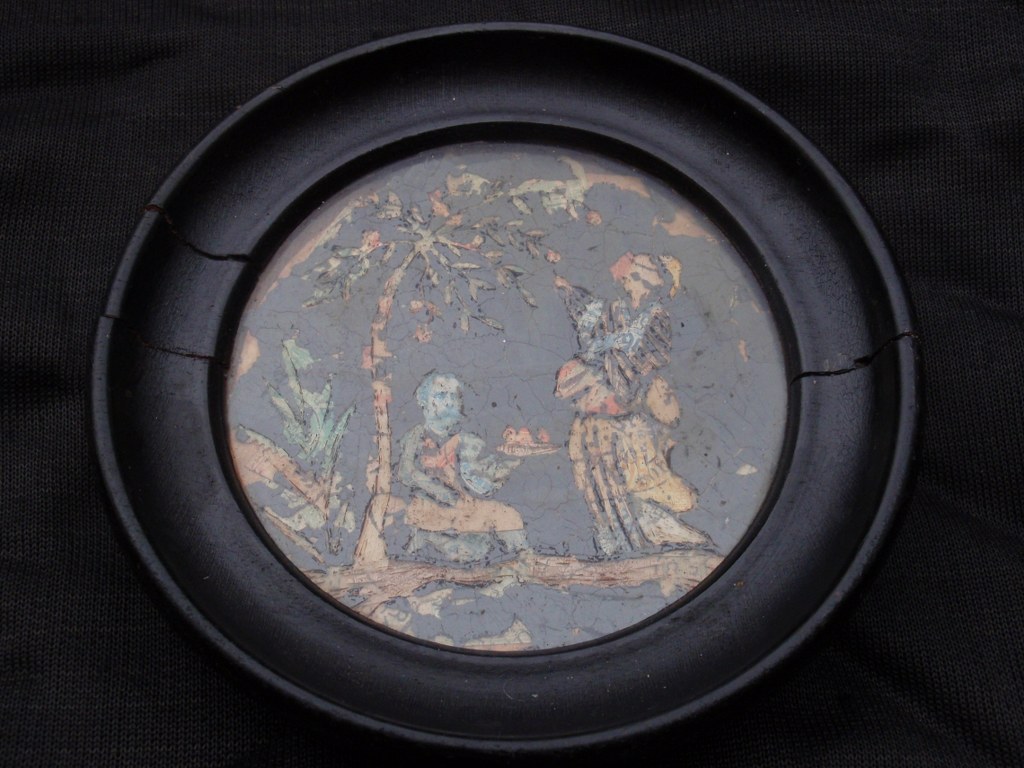 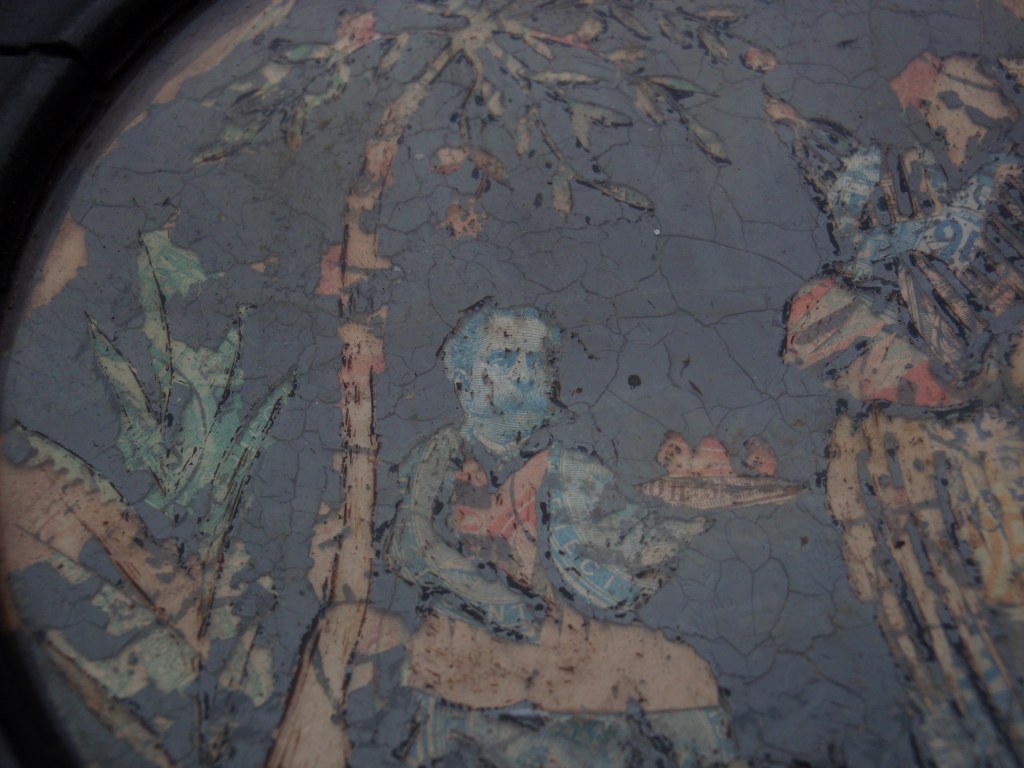 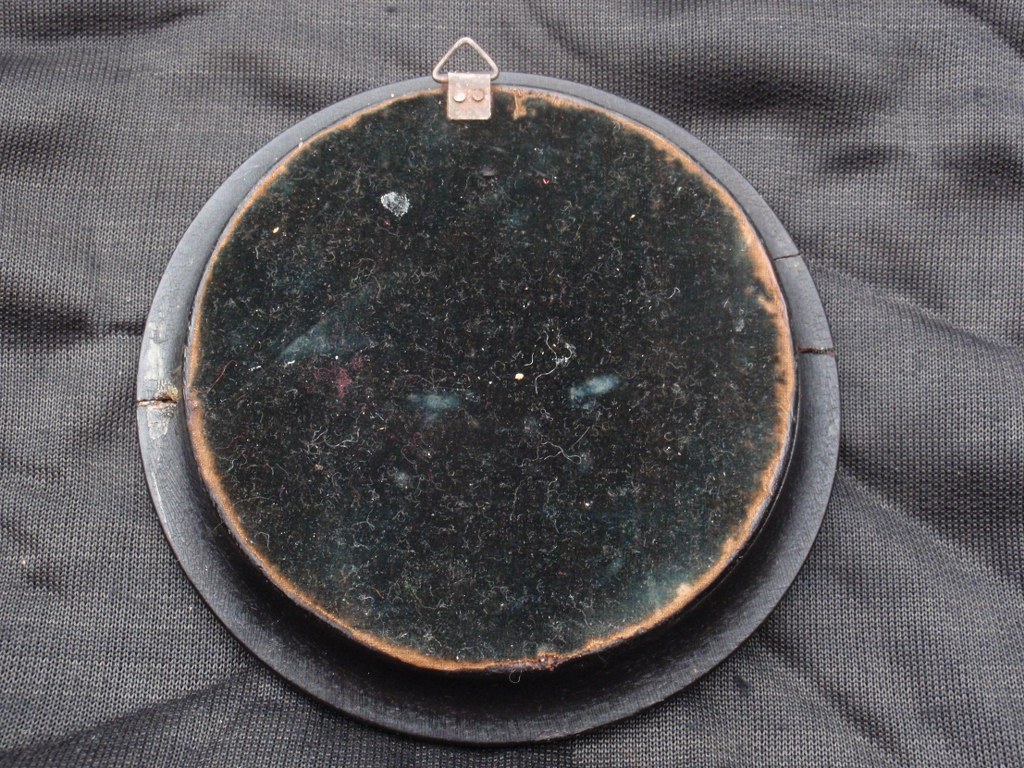